I’d been eyeing these macrame hanging planters on the Magnolia Market’s website for months.   One cost about $25 and the other $18 and I  needed (wanted) two.  I really wanted them because they were so cute and just what I was looking for (and because I’ve become obsessed with macrame wall hangings and planters AND it was from Magnolia Market….Joanna Gaines…enough said).  I wasn’t ready to pay that much for them though.  I came close to checking out on the website more than a few times, but just couldn’t push the button. Every time I’d visited them on the Magnolia Market site, I would zoom in to see if it was easy enough to make myself.  Then, I Googled, Pinterest-ed, and YouTubed several macrame knots and DIY tutorials.  One day, I decided to just go for it and try making them myself.

I used a combination of this blog post I found on Pinterest and this video I found on YouTube.  I’m really not an expert on making these.  This was my very first time, so I’d suggest referring to the linked posts or search “diy macrame planters” on Pinterest, YouTube, Google etc.  There were a lot of good information on how to make many different knots and patterns and it’s not as hard as it looks.  Once you get a rhythm going with the knots, it’s pretty easy.  Amd it only took me about and hour to make 2. Below is just my process and progress pictures.  These were my first, but probably won’t be my last because I LOVE macrame!  So, as I get more comfortable, maybe I’ll do a more in depth tutorial post on how to make them.

Ok, so here’s how I made mine. I used this cotton rope by Bead Landing.  It was about $6-$7 at Michaels (cheaper with the 40% off coupon they always have). They had 2 different sizes.  This one is the thicker rope, 5mm wide, 23.6 yards (sorry I didn’t get a photo of the label.  The below pic is the stock photo I found in michaels website).  I bought 3 bundles. 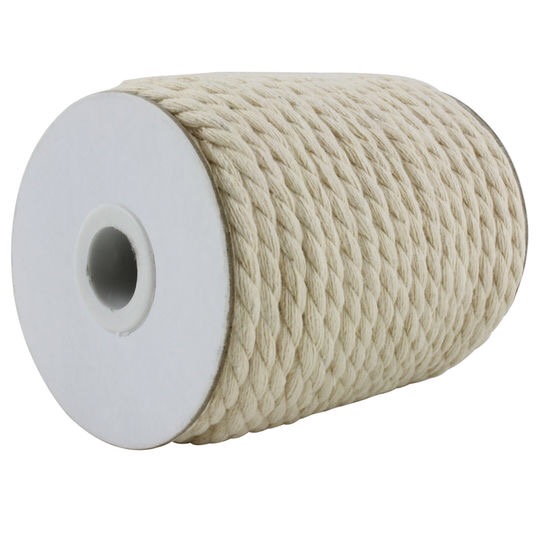 Most of the macrame knots are done with 4 pieces of long rope (8 when folded).  I wanted my planter to have 4 “arms” just like the ones on the Magnolia site.  So, for each planter, I cut 8 pieces of rope.  I wanted them to be two different lengths but, close.  So, I cut one set of 8 pieces of rope at 8 ft each…

And the other set of eight at 9 ft each.

I then folded each one in half to make 16 pieces of rope, making sure each rope was at about the same length at the ends folded and secured with a rubber band about 3-4 inches from the top of the loop.  Instead of a ring at the top, I wanted a a series of vertical bay knots (I think that’s what they’re called) around my loop.  You’ll need and extra piece of string that’s is not part of the 8 you’ve already cut for this part.  Refer to this blog tutorial link for how to do this knot. 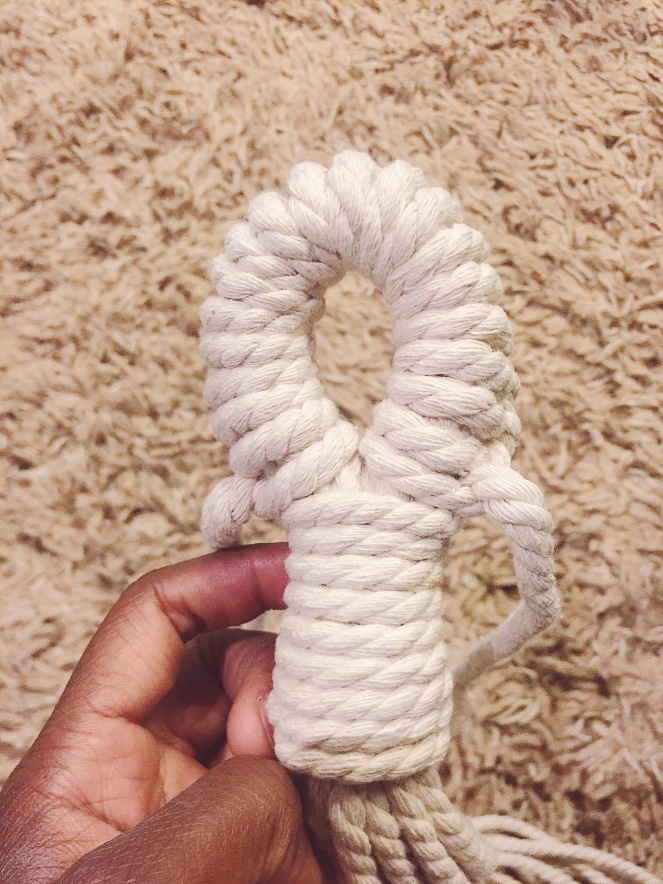 When your doing your half square knots, square knots or whatever knots you choose, just be sure you do the same pattern for each “arm” to make your planter uniform.

After I did my sets of half square knots and square knots for the design, I used square knots at the bottom of the planter where the pots will sit.  Be sure to make them all at about the same spot on each “arm” so that your plant pot doesn’t look lopsided when in the planter.  You can also use regular knots for this part to make it easier. 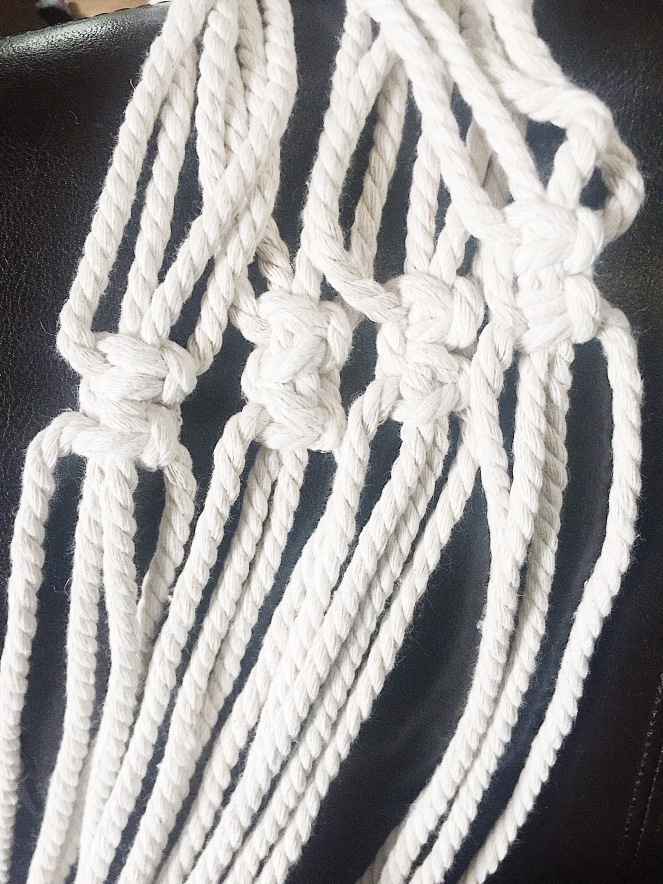 Then to finish/close the hanger, I used the same wrapping technique as I did at the top under the loop.  But, you can also just gather all of the rope pieces together and put in a big regular knot to make it easier.

Then grap your plant in a cute pot, and hand it to display! So cute! 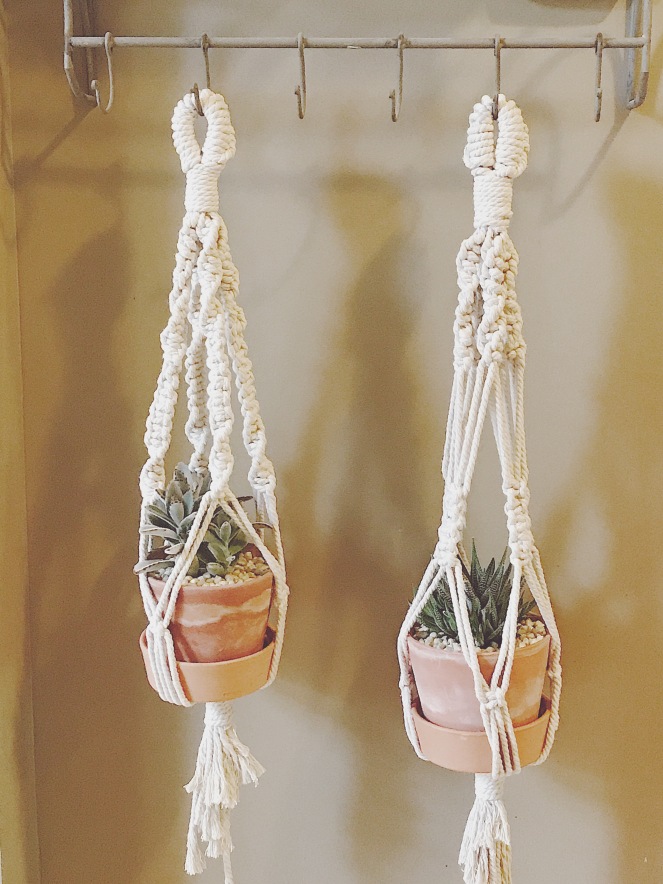 Two DIY macrame hanging planters for only about $15 in materials!